I had never heard of the Wilder Manufacturing Company. Or their rather odd “Mitche Manitou Talking Board” (i.e. Ouija) that was produced in the early 1920s. Known primarily as one of the earliest makers of paper kites, Wilder’s talking board was specifically unique. Its planchette was shaped like a human hand with a pointing finger (“The Mystic Hand”). Finding a “Mitche Manitou” board today is something of a miracle–or an “unlucky omen,” however one chooses to look at it. The boards were said to have been named after a malevolent Native-American spirit. Two days after New Years (2016), I and a friend visited Union, Missouri, to search for the haunted “Union Screaming House.” We looked for it, but couldn’t seem to locate it. We were just about to leave, when I suddenly took note of a young man nearby, taking down Christmas lights on a nearby business. “Pull over,” I told my friend. “I want to ask this guy if he knows where the house is?” As luck would have it, he did.

Pointing across the street to a small white house on the corner, he answered “That’s it there.” He also warned me about “getting too close,” saying how negativity can sometimes “latch onto you if you’re not careful.” The property had once extended to include the neighboring grounds of an early HUD-type housing community, dubbed the  “Poor Farm.” Inquiring further, the young man began telling me how older residents at the farm would sometimes “disappear,” whenever bed space in the state-funded facility was unavailable. To keep the flow of government money coming in, the more expendable residents were quietly escorted into the adjacent woods, to be systematically murdered and disposed of (so the legend goes). “Be careful there too,” he said. “That place is haunted as well.” Undeterred, my friend and I visited the former “Poor Farm” grounds after the “Screaming House.” We left Union later than expected. On the way back home we spied a small antique shop and decided to stop. Inside I saw an old Ouija board for sale. It was the rare and much sought after “Mitche Manitou Talking Board.” Buried beneath a stack of old books, it was covered in a thick coating of dust, like it had been sitting there undisturbed for years.

The woods behind the “Poor Farm.”

The asking price was overly cheap, as if its owner was “eager to get rid of it.” Placing it back where I found it, I decided to let it be. After all, I knew I would never use it. Two days later though, I received some extra money and decided to return to the antique shop on my own, hoping the board might still be sitting there. And it was. I was astonished to learn that the sale price included the board’s ultra-rare original planchette as well, “The Mystic Hand.” Elated by my acquisition, I headed home. On the way I began to feel ill and a bit dizzy. Thinking I hadn’t eaten, I pulled over and grabbed myself a quick bite to eat before continuing on. I eventually ended up transporting the board to the storage facility where I keep the majority of my late family’s personal heirlooms. Before taking it inside, I decided to snap a few selfie shots with the board in the parking lot. None of them were coming out though. I double-checked my night mode settings on the camera and kept trying. Despite the fact that I was using a Nikon D5000, all the images were obscured by what looked like “electrical current” interference? Giving up, I put my camera away and took the board inside, placing it atop a plastic barrel in my unit. The barrel was just forward from the unit’s rear concrete wall. I would not return to the unit for several days.

By the time I did return, it had rained quite heavily. As I opened the unit door and peered in, I suddenly noticed a puddle of water on the floor. The unit was leaking! I then noticed a long crack, running down the length of the rear concrete wall, from ceiling to floor. Wiping up the water, I informed storage management. They told me that things would have to “dry out” before they could fix the leak. I left frustrated, not to return for several more days. When I did, the crack was worse. It had widened halfway down the wall, near where the plastic barrel was sitting (with the “Mitche Manitou”). There was also a shiny glycerin-like reddish goo seeping from inside the deeper part of the crack. Not wanting the board to get damaged from the obvious uptick in humidity, I went to move it. It was then I realized that “The Mystic Hand” finger was angled in an almost perfect line towards the wall–as if it were “pointing at it.” Did the crack in the wall have something to do with the board? If so, then the most obvious solution was to try and bestow a basic token blessing on the board–just in case there happened to be any “unfriendly forces” inhabiting it. I didn’t know (of course) what good this might do, but I was willing to give it a try.

Catholic relics arrive from New Mexico (left). And preparing the board for a simple–but adequate, “prayer of protection”(right).

There was an older gentleman in California I knew. His father had once lived in a small Mexican-American town, just outside Las Cruces, New Mexico. A Roman Catholic church in the town had caught fire and burned in the 1930s. For having helped repair the damage, the priest gave the man’s father a few of the church’s old relics. One of these was an altar-used crucifix, which dated back to the late 1800s. It was this item that I ended up using for “the cleansing.” I then mumbled a few simplistic protection prayers over the board, hoping for the best. I can’t say whether my efforts were rewarded or not? After all, it was probably just coincidence that everything happened the way it did? But then again, one can never be too careful. I haven’t had any further problems. The wall stopped leaking and the red goo dried up. As for the Ouija board, I decided to get rid of it. For my better good. 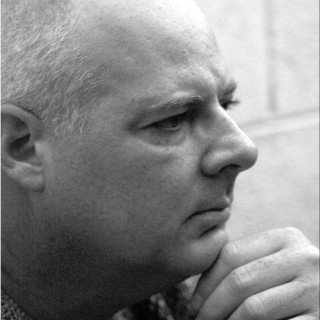